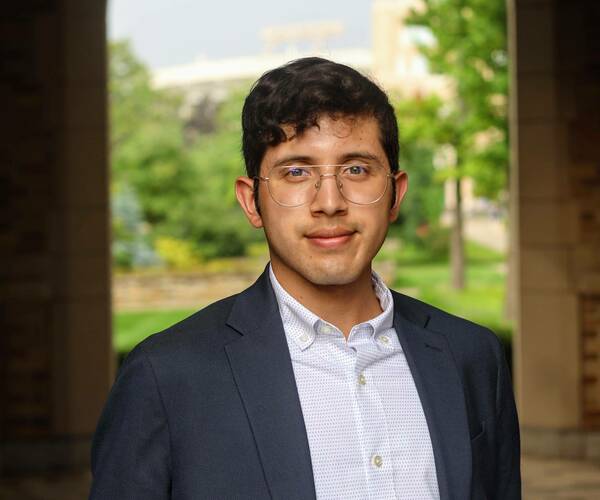 Aaron Jalca is an economics and political science major from Orlando, FL. Interested in many subjects from music to European Studies, Aaron has two minors in French and philosophy and currently works for both the Nanovic Institute for European Studies and as a teaching assistant for the course “God and the Good Life.” Aaron attended William R. Boone High School, where he was the drum major of the marching band for two years. Now, he is a member of the Band of the Fighting Irish, for which he plays cymbals on the drumline. Aaron is also involved in Iron Sharpens Iron, an interdenominational Christian group on campus, and runs a Bible study for both the drum line and his dorm, Fisher hall. Outside of school, Aaron enjoys many hobbies, including playing Dungeons & Dragons, soccer, skateboarding, film, music (especially rock), and bass guitar.

Aaron’s future goals are tied to his experiences here at Notre Dame, especially his theology and philosophy classes, as well as the service programs in which he participated at his home church. After graduating from Notre Dame, Aaron would like to attend graduate school for public policy or economics and work either in economic policy and research, as a congressional staffer, or with NGOs/IGOs to promote research-based solutions to economic inequality and inequitable growth. Aaron is also considering working abroad, in Europe, with the same professional focus.