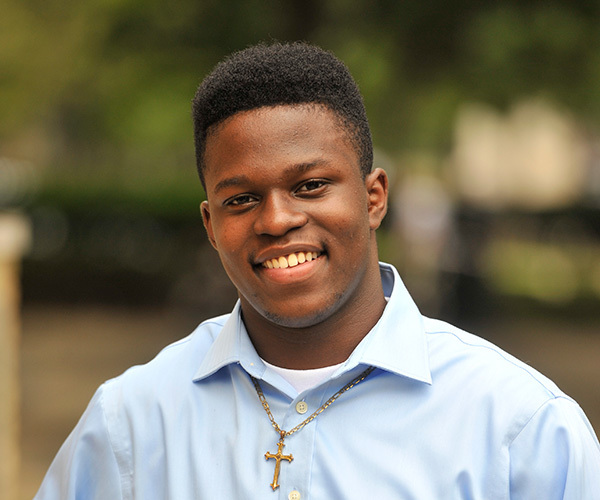 Travis Gayle ’18, a computer science major from Jamaica, Queens, NY, spent the summer of 2015 learning as much as he could about business—first in Rome during an integrated business/engineering study abroad program, and then in New York City for six weeks, where he interned with a hedge fund. His experiences confirmed what he always knew to be true: strong relationships form the heart of business.

“One of the biggest things AnBryce has done is help me establish many connections,” Travis says. “Because I value relationships so much, this has been key for me.”

In addition to his new business contacts in Rome and New York, Travis is grateful for the opportunity to meet with the guest speakers who address the AnBryce Scholars at their monthly dinner gatherings. “I’ve networked with each of the speakers—having the extra contact goes a long way,” Travis says. “Also, to see individuals who were in positions similar to my own, and who were in perhaps a tougher time period, is just inspiring.”