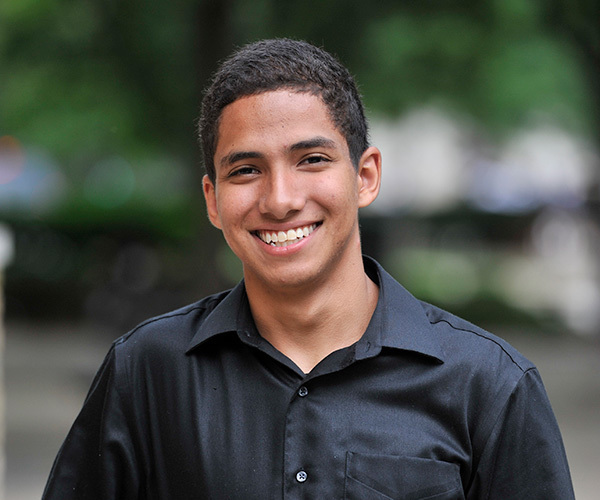 Erick Tapia ’18 admits to not knowing much about college life before arriving at Notre Dame. Being a first-generation student meant he needed extra guidance to navigate his four years away from home. “AnBryce played a huge role in easing the way into college life by eliminating any fears or discomforts one could have”. He credits the very first orientation week to starting him off excited about his options.

Recently returning from AnBryce’s Immersion Program in London, he says the experience was “eye-opening”. He not only learned more about “a global city with such rich history and cultural diversity”, he really feels he now better understands his fellow classmates and the broader mission of AnBryce: to build global citizens and leaders in the 21st century. He will be returning to London in the fall for Notre Dame’s London Undergraduate Program. He attributes his recent trip to being key in insuring a successful fall, where he will feel connected to home, school and his new city—knowing everything from using the public transportation to having a sense of “London’s customs, cultures, foods, and fashion.”

Before he leaves, he will spend the summer interning at Williams International (a turbine engine company), just outside of Detroit. This is a great match for Erick as he has worked with turbine engines since high school. Erick feels the support of his friends and mentors as he embarks on his next adventures. “I never expected to see such a large group of supporters commit to the AnBryce mission and receive so much support and motivation from them.”