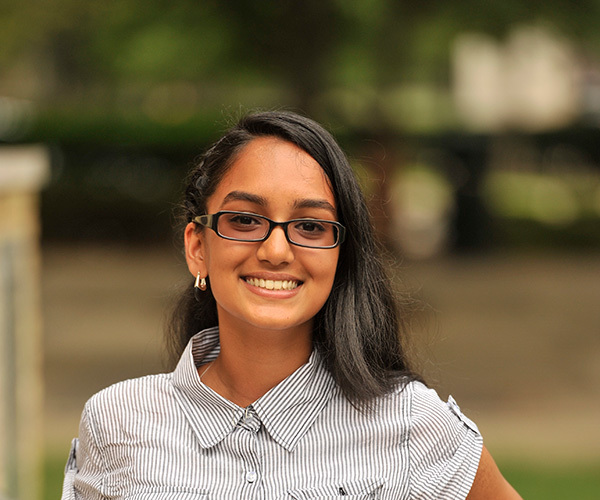 During her sophomore year at the Young Women’s Leadership School in Queens, New York, Salonee Seecharan ’18, caught a bus immediately after school every day and rode 45 minutes to her brother Nahush’s middle school to pick him up and ensure he got home safely. “After-school activities were not an option,” Salonee says.

Four years later, although Salonee is busy double majoring in political science and sociology (not to mention serving as a TA in the math department), she still finds time to look out for Nahush from afar. “I’ve told him about the tests he needs to take and the things he needs to do to prepare to go to college,” Salonee says. “I’m here at Notre Dame and I want him to be at this point someday as well.”

Now that extracurricular activities are an option, Salonee is taking advantage of everything Notre Dame has to offer. As part of the Summer Service Learning Program, Salonee worked in St. Margaret’s House, a woman’s shelter in South Bend. Next spring, she plans to intern in the Notre Dame Washington Program. “To be in the heart of the country after the election as a poly sci major—I’m kind of geeking out about it,” Salonee says. “There are so many people fighting so hard to get into the White House. Hopefully I’ll be there as well to see where it all goes down.”