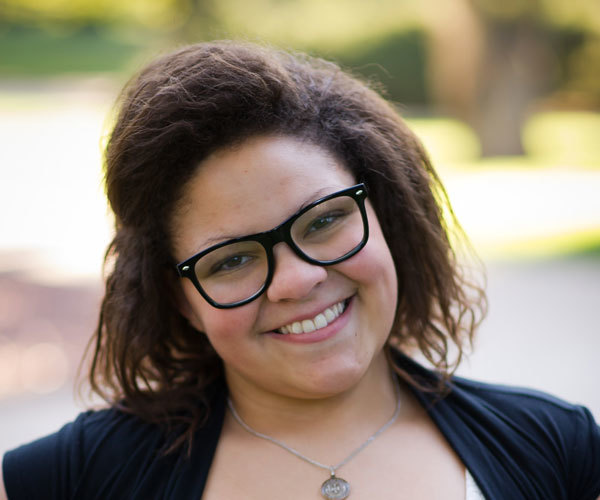 Natalie Jackson ’17, a triple major in psychology, pre-med, and studio art from Mishawaka, Indiana strongly believes, "We can all do some earth-shattering things. When you have the support system telling you that you can do something, you believe it and you take off with it.”

Natalie has found that support system in the AnBryce Scholars community. “At a place like Notre Dame, where academics are rigorous, it’s really nice to have a group of people who understand your background and believe that you belong there,” Natalie says. “Every time I’m with my scholars, I’m reminded that I belong here. We lift each other up.”

Natalie decided to spend the summer of 2015 creating the same support system for others, serving as a counselor at Camp Dogwood, a camp for underprivileged kids established by AnBryce Foundation co-founder Beatrice Welters. “I thought it would be a good opportunity to give back to the Foundation.”

With ambitions to participate in medical missions trips to South America in Natalie’s future, her work at Camp Dogwood is just the beginning of what promises to be a lifetime of paying it forward.